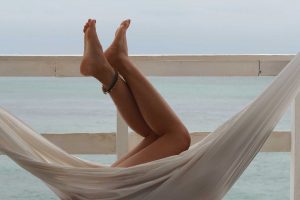 Prepare the lasers! No, not in a Dr. Evil/Austin Powers kind of way. We are referring to the use of therapeutic medical lasers to help patients heal a variety of ailments. It may be surprising, but light has been used as a source of energy and healing for centuries. From the Ancient Greeks to the Egyptians and Romans, heliotherapy (the use of the sun to treat certain disorders) has been widely practiced.

Now that we’ve used incredibly complex terms and covered the basis of laser therapy, we can discuss how it actually works. Therapeutic medical lasers heal tissue ailments by injecting billions of photons of invisible laser light deep into our body’s tissues. As if we weren’t already an impressive species–turns out our tissue naturally contains protein strands called chromophores, which allow us to absorb laser light energy and transform it into chemical energy. The resulting energy is used by the body to reduce pain and accelerate the healing process–au naturale. The biochemical increase in cell energy helps damaged cells become healthy again–reducing inflammation, increasing blood flow, and even tissue growth. To top it off, laser therapy provides safe and precise treatment, less pain and discomfort, less scarring, and shorter recovery times.

In podiatry, laser therapy can be used for numerous foot conditions:

Back to the science, the initial goal was to construct a MASER (Microwave Amplification by the Stimulated Emission of Radiation) device. Scientists and engineers believed it was possible to create an optical MASER, a device that would emit powerful beams of light using higher frequency energy to stimulate what would later be coined, the lasing medium. Although these geniuses made groundbreaking contributions in the realm of physics, it was up to Theodore Maiman to take it a step further. In 1960, he invented the first laser by using a ruby as a lasing medium that was stimulated using high energy flashes of intense light. You read right–the colored gemstone that you’d normally wear around your neck!

Then, in 1967, Hungarian physician Endre Mester pioneered laser medicine–including the use of low level laser therapy (LLLT). Shortly after the first laser was invented, Mester did what physicians do best: experiment. In particular, he tested the effects of lasers on patients with skin cancer–landing him with the impressive credit of discovering positive biological effects of low power lasers.

In the late 1960’s, Mester reported that wounds were significantly healing with the use of his brainchild, low level radiation. In the years to follow, doctors and scientists would come to understand more about light’s nature and effects on the human body and integrate it into medical practices.

Interestingly enough, it wasn’t until 2002 that the FDA approved its first Class III Therapy Laser in the United States. After performing randomized placebo-controlled studies using the ML830 laser for the temporary relief of wrist and hand pain associated with Carpal Tunnel, they discovered small, but noticeable, differences and declared it an alternative to using medication and physical therapy.

While it may not work for everyone, there is certainly evidence backing laser therapy as an alternative treatment. If you’re tired of frequent injections, being prescribed medications that simply aren’t working–or aren’t seeing results from physical therapy, we encourage you to try laser therapy. In fact, some of our patients with foot conditions have already seen incredible results.

At Dynamic Foot and Ankle Center, we believe in going above and beyond to find treatment options for our patients, which is why we adapt to the latest technological trends in the medical field. Using Aspen Laser Systems, a medical device company who continues to produce innovative photomedicine technology, we take full advantage of the potentially beneficial effects this revolutionary device can provide.